Feast Day of the American Martyrs 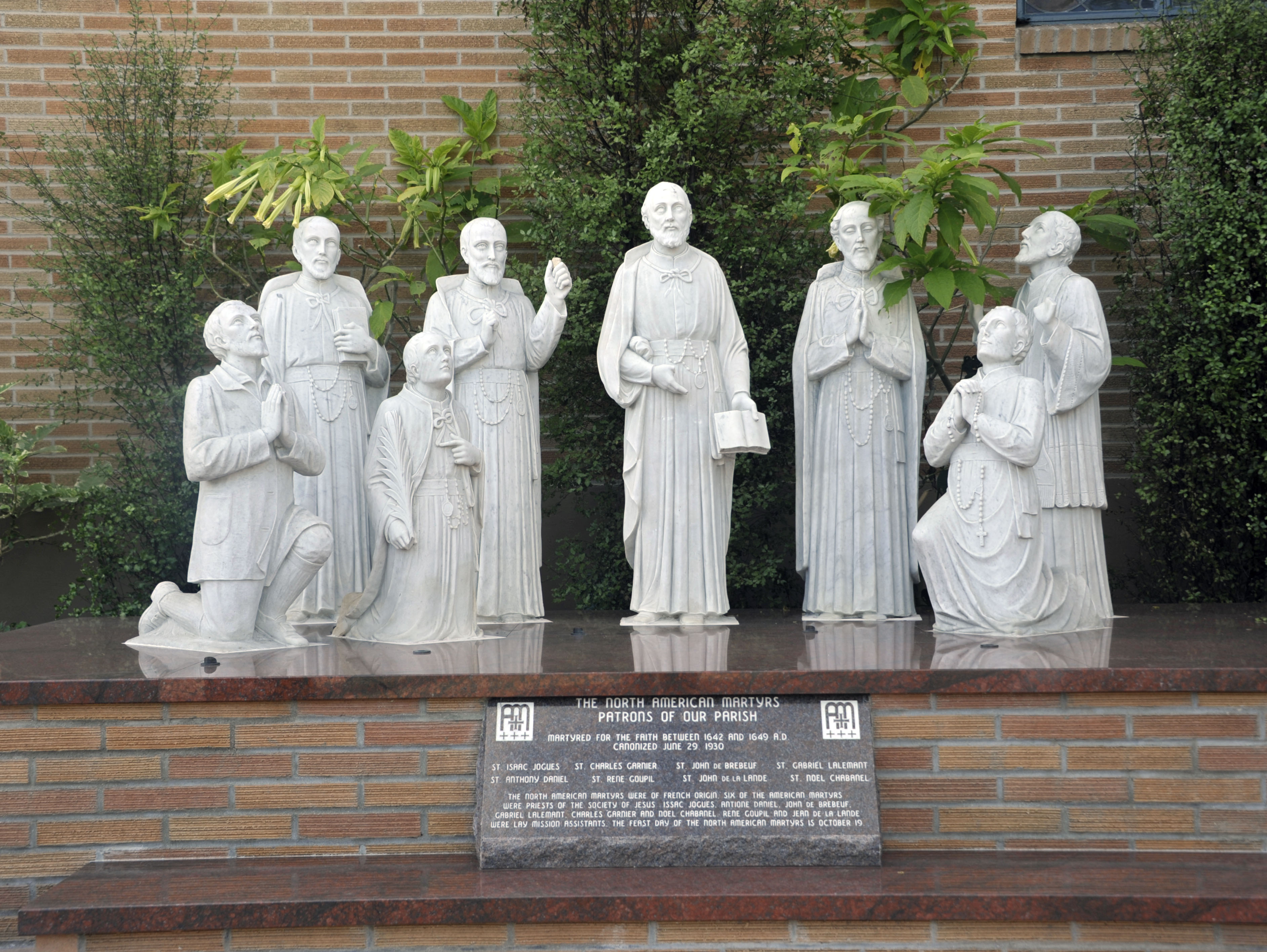 missionaries who gave up their lives in order to preach the Gospel to the Native Americans - on June 29, 1930. That same year, a small parish of some 40 families was established in the seaside community of Manhattan Beach, and in honor of the new saints, it was named American Martyrs Church.

The eight French Jesuit martyrs left comfortable middle class lives in Renaissance France for the deep, lush forests of the “New World” nearly 400 years ago. Father Jean de Brebeuf, a giant man in both stature and holiness, was one of the first to arrive. He was followed by Fathers Charles Garnier, Isaac Jogues, Gabriel Lalemant, Antoine Daniel, and Noel Chabanel. Two Jesuit Brothers, Rene Goupil and Jean de la Lande, joined the efforts to convert the Native Americans.

The “Blackrobes” were zealous missionaries. They lived among the Iroquois, learned their language and customs, and endured incredible hardships in order to save souls for Christ through Baptism. The missionaries described the Huron and Mohawk Native Americans they ministered to as “warlike and cruel,” a people who exposed their children from birth to “the most atrocious carnage and the most barbarous spectacles.” The Jesuits were undaunted. After christening a dying child, St. Jean de Brebeuf once exclaimed:

“For this one single occasion I would travel all the way from France; I would cross the great ocean to win one little soul for Our Lord!”

Father de Brebeuf and his fellow Jesuits met their deaths between the years 1642 and 1649. Most were tortured mercilessly. All the martyrs followed the example Jesus set as he endured his own death on the cross. They suffered in virtual silence and died with a sense of serenity which dumbfounded their executioners.

Though the American Martyrs lived and died nearly four centuries ago, the message they brought to the New World – the message of the transforming power of Christ’s love – lives on today in our parish.